The boyZ had managed to kick the doors down at a couple of well-known spots and their popularity increased.  Unfortunately, in what would become a trend for this band, when things start going good.... something goes wrong.

Thorn and Stevie had developed a difficult relationship, as brothers sometimes do.  Some might say it was a personality clash, or even differing opinions on the direction of the band.  Regardless, time would show that there was no way that these two could coexist in the band peacefully.   Things got worse and worse and the other guys were caught in the cross-fire of two very strong-willed people that were not going to see eye to eye no matter what.

Ultimately, after much effort things could not be worked out.  Thorn made the call that it was time for a change and Drake reluctantly volunteered to handle the task of letting Stevie TriXX go.  To Drake’s credit, he had the foresight to be the one to do this instead of Thorn.  Drake knew that if Thorn performed this henious deed, the brothers would have more issues in the future than they already had.  Regardless, Stevie was super pissed about the split and the brothers wouldn’t speak for quite some time. 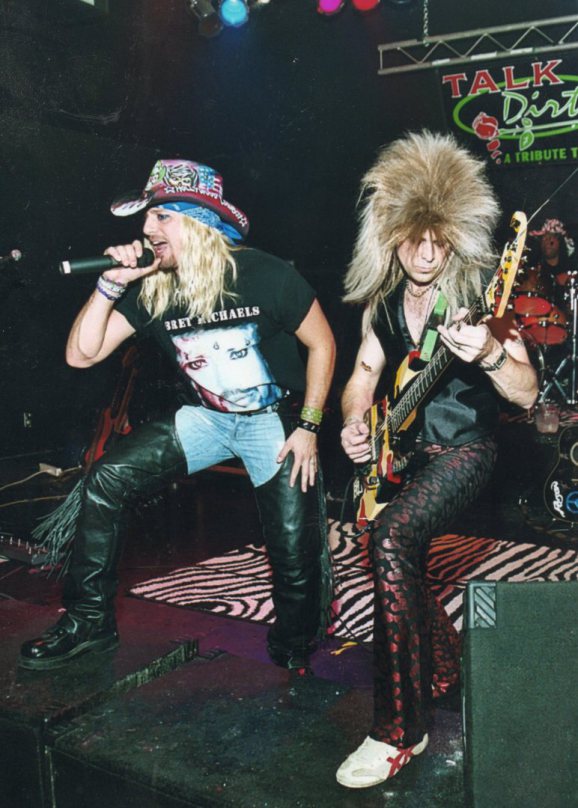 What would happen, is that Stevie would then join a Poison tribute band with a very talented lead singer who might as well have been related to Bret Michaels.  His name is Jamie and we will hear more about him later. 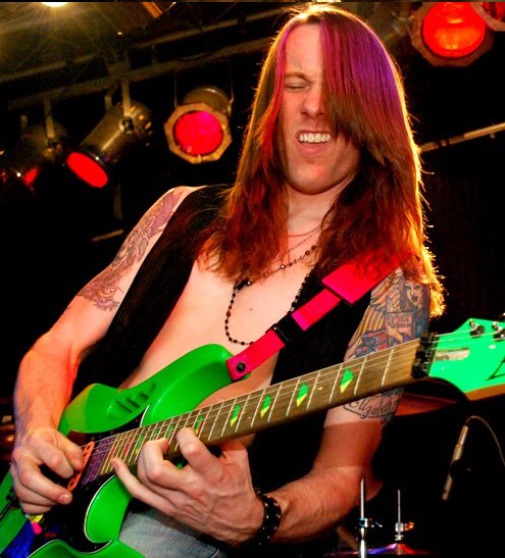 The StudZ started their search for a new guitarist.  And, it had to be someone who could jump right in with minimal rehearsals, due to already booked upcoming gigs.  They found who they were looking for in Nikki LiXX.

Nikki was a shredder.  He could play elaborate, intricate pieces of music, but also play with a lot of feel and passion.  He could play the hell out of things that were much more difficult than the StudZ set list, so it was a no brainer to ask him to join the band.  He happily accepted.

With that, the boyZ continued with their two-bar schedule.  The “House of Rock” and “Rock Island” gigs were lots of fun, but it was time to branch out.  This is when the relationship with Laura from Ladeda Productions began.  She had heard a lot about the band and reached out to them to see if they would be interested in playing in some of the places she represented.  The first two places that were booked were “Syberg’s - Dorsett” and a little place called “Helen Fitzgerald’s”.

Syberg’s was....ok.  But Helen’s blew up the very first time the StudZ played.  Perhaps it was the south county “rub” that "House of Rock" helped establish.  Or maybe it was the huge built in crowd the bar brought in most weekends.  Or perhaps, the StudZ were starting to find their niche in the St Louis music scene.  Whatever it was, this was the beginning of a very long relationship with Helen Fitzgerald’s.

Late summer that same year, Hurricane Katrina hit hard in the Gulf region.  Many people were left without anything after this massive natural disaster rocked that part of the country.  With so many hit so hard by flooding and wind damage, there was an outpouring of support by many to assist those affected. To help, the StudZ and some other local musicians put together a benefit to raise money in the only way the could.  By rocking out in tight pants.  The local news even helped by advertising the effort on the KMOV Channel 4 Morning show.  Check this shit out! For added enjoyment, watch Dr John's face at 8:15

People were starting to hear about this new band and were curious to see what they were all about. With that, the empty dance floor during the first set became a distant memory as a crowd gathered early to claim their spots for the upcoming show.

The stage show became more polished.  Humor was becoming more of an aspect of the show than it had before, as Drake became more confident than most professional frontmen.  The band started sounding tighter and the set list was changed to appeal to the increased female presence that was beginning to show up at every show.  All of this happened in about 6 months’ time.   Things were about to blow up. ...  which is right when the StudZ started their relationship with a new bar named “The Phoenix”.